﻿Some say they can't fill jobs while subsidies are still available 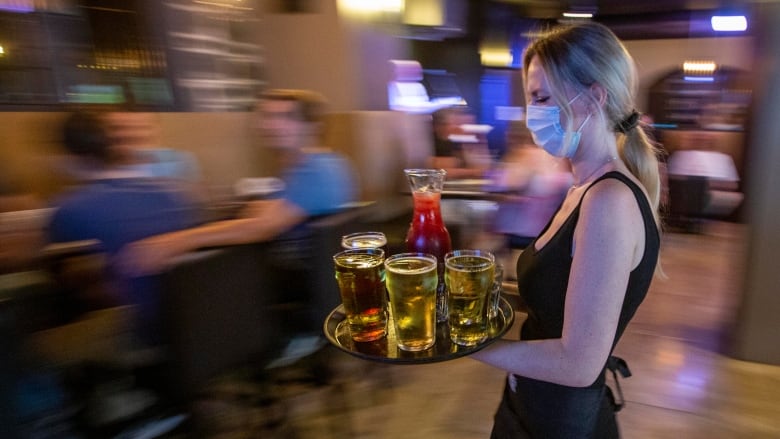 Restaurant owners and managers around Ottawa say it's busier than ever as COVID-19 restrictions continue to ease in Ontario — but finding enough workers to serve all those hungry and thirsty diners is proving a big problem. (Lars Hagberg/The Canadian Press)

Some restaurants in the Ottawa area say they're struggling to find enough staff — and are even having to close down for entire days — as COVID-19 pandemic restrictions ease and more people go out to eat again.

At The Barley Mow in Almonte, Ont., general manager Tracey Greer said they're usually flooded with resumes in the spring but aren't getting many this year.

The kitchen has been closing Mondays, only offering a small menu of sandwiches and kettle chips so staff can have a break, and also from 2 to 4 p.m. every day.

"They're getting burnt out," said Greer. "When you only have three people in the kitchen, it's very difficult."

While The Barley Mow has offered employees higher wages and benefits, Greer said it seems some workers don't want to come back with employment insurance and the recently extended Canada Recovery Benefit available. 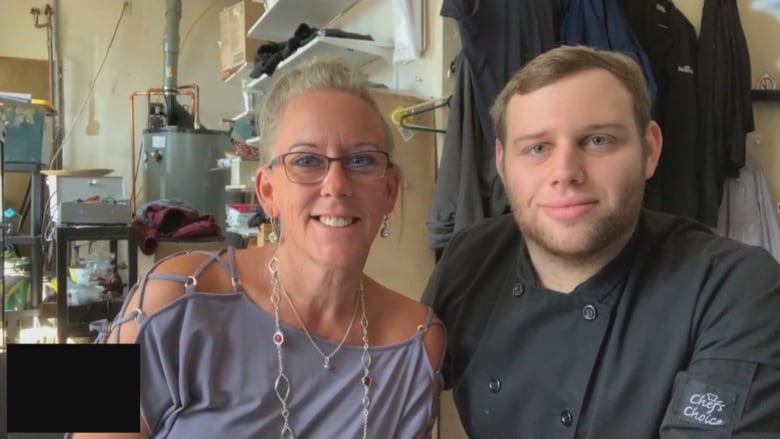 Tracey Greer Nick Dearing have been working long hours at The Barley Mow in Almonte, Ont. due to a lack of staff. (FaceTime/CBC)

Kitchen manager Nick Dearing said he hasn't had a day off since the restaurant reopened after pandemic lockdowns.

Dearing said he's been working 150 to 160 hours every two weeks, and guessed that Saturday was his 55th or 60th day on the job in a row — although he admits he's lost track.

He said there are a combination of things preventing the restaurant from attracting workers — including pandemic-related uncertainty.

"I think any job that had to close down three or four times over the last year, you'd just be naturally looking for other work," he said.

Some losing thousands of dollars

Rideau Ferry, Ont., restaurant CC's on the Rideau has had to close Monday and Tuesdays because of a lack of staff.

"You're running on very tight margins," said VanPelt. "The majority of my business does happen in the summertime, so I have this little window of June till the end of August to make a huge percentage of the money I need to run all year."

VanPelt said she believes people's lives and habits have changed after 16 months of a pandemic, and that some people are either scared of getting sick or feel too rusty to return to work after being laid off for so long.

"I can totally understand it. They want to be home more," said VanPelt, noting that the labour shortage "just adds to the ongoing trauma of owning a restaurant in Ontario."

"It's already a tough business," she said. Erin VanPelt, owner of CC's on the Rideau, in Rideau Ferry, Ont. (Submitted by Erin VanPel)

Time for subsidies to end, says one owner

Jocelyn Rumbolt, owner The Courtyard Bistro in Pembroke, Ont., is facing similar challenges despite being willing to pay workers more than before.

Rumbolt said she's working 80 hours a week and can only run one of her two dining rooms at a loss of thousand dollars per week. The staff she's retained are working harder than ever due to the need to enforce COVID-19 screening protocols, she said.

Rumbolt said she believes it's now time for government subsidies to stop so that businesses can find employees again.

"They were given the summer off with pay. Why wouldn't they take it?" said Rumbolt.

"The faster we stop with the subsidies, the faster we can get on with our lives. People will start looking for jobs again. And every single business owner I speak to, no matter what industry they're in, they cannot find employees — no matter what the pay."

Shannon Baillon, director of community services with the Town of Perth, says tourism staff have also struggled to keep visitors informed about the various closures and reduced hours.

Baillon said the town has tried to help restaurants by funding Valley Eats, a local online ordering system for the area, and helping negotiate patio permits.

"It's challenging for sure. But ... we understand that it's just so hard for them," she said.